Gastric stomach Botox for weight loss in Dubai is the best option for those who are suffering from obesity and want to lose their weight without any side-effect. Excessive food intake is disastrous to the health in the long run when combined with a lax lifestyle and high calorie intake. The brain discerns the level of satiation from signals sent from the stomach, which ultimately fails to communicate the correct signal through the appetite-invoking hormone called Ghrelin. Continuous production of this hormone by the stomach in overweight people along with the fact that overweight people’s stomachs hold pass food much quicker than normal causes a massive increase in blood sugar levels and fat accumulation driven by insulin processes. Numerous other factors are involved to create a recipe for continual obesity. In recent findings published through various institutes it has been observed that Gastric botox and weight loss is related and a possible treatment for obesity may exist with such a method as well as other gastric diseases.

Botox is a bacteria culture-farmed neurotoxin that can be effective in helping with weight loss among other methods. When injected into a neuromuscular junction Botox for weight loss is capable of interfering with neurotransmitter compounds within that area resulting in temporary muscular relaxation. Type Botulinum toxin A (Botox-A) was injected into various test subjects’ stomachs, in the area around the vagus nerve, have been observed to cause the muscular stretching allowing for retaining food into the stomach for longer intervals. Botox vagus nerve injection transmits signals to the brain to impede and lower the rate of digestion and ingestion of food into the stomach. The Gastric  Botox-A for stomach injection is administered into the deeper muscular tissue of the stomach to temporarily paralyze muscular contractions while slowing down the gastric processes of food transition to enhance satiation in overweight subjects causing them to retain this feeling for longer periods of time after consuming a meal.

The Vagus nerve in the muscular wall of the stomach transmits “fullness” signals to the brain is the targeted tissue in Botox injections. The temporary paralysis of this nerve ending delays the passing of food from the stomach to the intestines. Subjects who underwent this treatment ate lesser for a period of 4-5 weeks after treatment and consequently losing up to 20 pounds.

A certain research study undertaken at Trondheim University Hospital made use of endoscopic Botox surgery where a long fine tube with a camera fixed at one end was orally inserted into the test subject’s mouth directly into the stomach to help doctors determine where to precisely administer Botox injection for weight loss. The needle through which the injection is done passes through the tube and reports stated that once treatment was over, the contrasting results displayed that food passing through the stomach was slowed down to up to 50% of its normal rate.

In a separate study undertaken by the American Gastroenterological Association discovered that although Botox injection for the stomach slowed down the emptying of the stomach it didn’t always lead to weight loss in human subjects. But scientists believe that this method has allowed them to treat obesity by targeting nerve cells in the brain associated with satiation simply by “switching” them off.

Botox in the stomach is a new procedure that may seem strange for some people but it is quite possible since other uses for botox were related to the skin and other external treatments. However it must be noted that studies have reached diverse conclusion on different subjects over this type of treatment which is why injecting Botox-A for the purpose of combating obesity is not yet FDA approved and is used in an “off-label” manner. This literally translates to a costly procedure. For Gastric Botox stomach surgery patients will have to pay a lot of cash to get this treatment done. Doctors who have performed this treatment report that patients experienced Botox in the stomach induced results within a 6 month period of around 20 pounds in weight loss when combined with the prescribed lifestyle program. Eventually it’s the change of lifestyle that contributes to maintaining those results.

Dr. Kalloo, a practicing gastroenterologist from Johns Hopkins Hospital, who has performed this treatment numerous times with the endoscopic method, has admitted that Botox helps stop the contracting of the stomach in patients. The methodology behind this procedure aims to make the patient retain their full feeling since the meal just consumed takes longer to digest. The doctor also adds that the treatment works best on people who wish to have only marginal weight to lose of around 20 to 30 pounds. 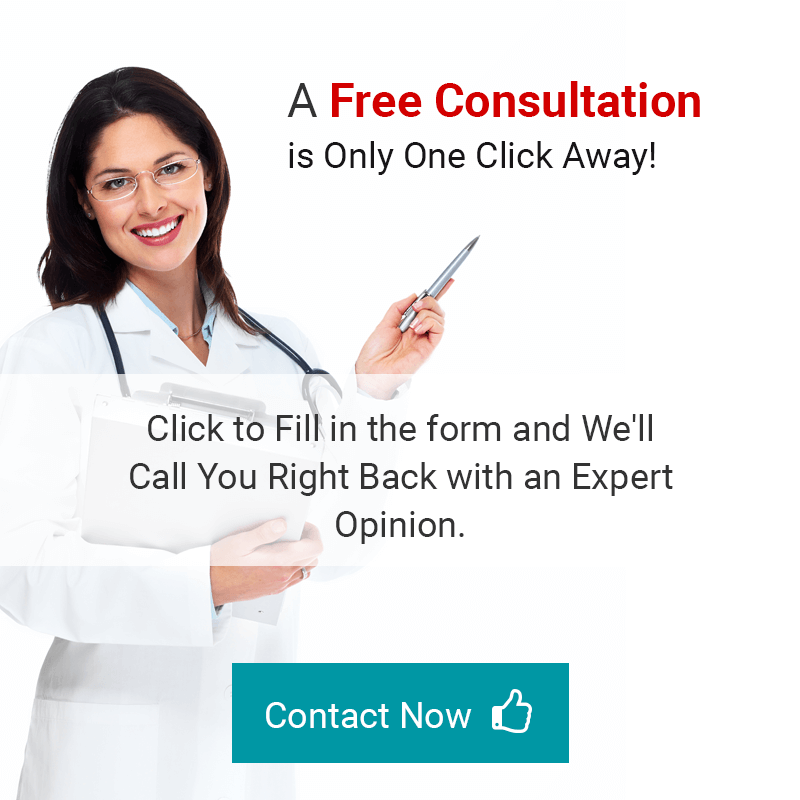 More obese people will experience results in longer periods of time; somewhere between 4 to 6 months. The doctor also recommends that Botox for weight loss is only a temporary treatment ad patients will have to change their lifestyle after getting the Botox injection for stomach since the effect of the injection will gradually wear off after that period of time. The traditional nutrition, diet and exercise a regimen can help a lot with maintaining and building on the results achieved with Botox. Think of Botox stomach injection for weight loss as a good jumpstart to achieve that dream of losing excess body weight through healthy ways since the Botox way only last so long!

Botox is also instrumental in treating other gastric diseases such as Gastroparesis. Botox for stomach problems is also a treatment available that allows people to repair the way the food passes through their stomach into the intestines.

Patients suffering from Gastroparesis experience spasms of the pyloric sphincter. The pyloric sphincter is the name given to a ring of muscles that regulate the passage of food from the stomach to the duodenum (the initial section of the small intestine). Pylorus muscles in spasm delay the passage of food and can cause bloating, fermentation, acidity, flatulence and a host of other problems under the Gastroparesis banner.

Various uncontrolled studies have suggested that there are increasing benefits from intrapyloric injection of Botox associated with treatment for Gastroparesis. Several cases have been brought forth from patients belonging to varying backgrounds that entail treatment potential from injecting Botox into the pylorus resulting in enhanced gastric emptying of solids to lessen the symptoms of Gastroparesis.

Gastroparesis is a condition that is formed when damage has been done to the Vagus nerve thus preventing food from passing normally through the digestive system. More than often the causes behind Gastroparesis are unknown. But some diseases contribute to Gastroparesis and they are listed as follows.

Symptoms such as heartburn, chest pain, acidic regurgitation and other gastric disorders of the upper esophagus/digestive system can be mostly related to esophageal movement dysfunction that consists of a vast assortment of diseases that are manifested through irregular muscular contractions in the esophagus muscle. Abnormal functioning of the lower and upper sphincters in the esophagus dysfunction also causes these symptoms. Symptoms are wide ranging and varying but can be experienced as a feeling of food sticking in the gullet, lower esophagus pain, chest pain or trouble swallowing. The symptoms themselves are easy to theorize that a certain dysfunction does exist in the esophagus but only accurate and reliable testing can correctly diagnose precise, reliable testing is critical to make the correct diagnosis.

Achalasia is a disorder of the esophagus that where the lower esophageal sphincter – esophagus LES in short – does not relax in a timely manner to allow for the passage of food into the stomach. When the LES relaxes it allows for food to travel out of the esophagus into the stomach and when it closes it prevents the backlash of digestive juices from splashing back up into the throat so as not to cause esophagus discomfort. In achalasia this normal process is impaired and instead of relaxing to allow the passage of food, the LES remains constricted and the failure of muscles in the lower esophagus to relax is among the few esophagus abnormalities that can be treated with Botox. The trapped solid and liquid food in the esophagus can lead to pressure in the esophagus.

Achalasia treatment options are various and standardized almost everywhere. Normally they would comprise of medication to relax the esophagus or other alternatives to Bariatric bypass surgery such as dilation of the LES with a rubber inflatable. A surgical procedure called Myotomy can also be implemented with reports of success. Since heartburn is a major symptom for achalasia, that means there is a large chance of it being confused with a host of other ailments; not all of which can be treated with Botox for esophagus. Before you swap your antacids for this treatment, make sure you get professional advice about this treatment from a specialist. Botox cannot treat all problems with the esophagus that have heartburn as a symptom: but achalasia and esophageal spasms have been reportedly treated with success.

Esophageal spasms are usually treated with Botox injections. The condition here involves spontaneous and sudden spasms of the esophageal muscles causing chest pain and makes swallowing look like hard work. When medications fail to bring about results; Botox can be used to provide symptomatic relief.

GERD which is an abbreviation for Gastroesophageal Reflux Disease is a chronic malady where unlike Achalasia; involves a highly relaxed LES causing stomach content to flow up into the esophagus due to the lack of muscular strength in the sphincter. Achalasia and GERD are however confusing to tell apart without testing since the symptoms are almost the same for both.

Due to the contrast between achalasia and GERD in their process but similarity in their symptoms; it is necessary for people having those symptoms to undergo a full test before going for the Botox in the esophagus treatment. People with GERD have a LES that relaxes untimely or stays relaxed even after food has passed through. This causes the acidic contents of the stomach to retreat into the esophagus.

Botox has been reported to display large success with people getting treated for achalasia. Even when the treatment is not clear nor is the ailment; Botox is instrumental in diagnosing the achalasia. If the tests aren’t clear then a simple injection of Botox can provide evidence of achalasia or not. If the symptoms decrease after the injection, then it is very much likely to be achalasia; and if not then it surely isn’t!

Over 60 percent of people who underwent Botox treatment for achalasia found relief for at least a year after treatment while other required successive sessions to prevent the condition from returning.

Around 45% of people who have used Botox injections for weight loss have experienced a weight drop of 20-30 pounds in the 4-6 month period after treatment.

There are a couple complications associated with treatment of achalasia and some patients may experience chest pain after the treatment whereas a rare few might develop heartburn or scar tissue from the procedure.

As a result of the risks and inconvenience with numerous variables involved in a Gastric Botox injection to the stomach it is no wonder that it is not yet authorized to be first in line for treatment of obesity, achalasia and esophageal motility syndrome. It is however a very good option for those looking to receive temporary relief without undergoing major surgery at the given time.

If you have problems with esophagus and would prefer a specialist’s advice on which course of treatment to take, why don’t you sign up for a consultation and get to know more about treatment of esophagus abnormalities by injection of Botox in esophagus.